There are over 900 tick species in the world; but only four haunt the United States with tick-borne diseases that we hear about in the news. While the West Coast encounters the Western Black-legged Tick, the East Coast - most notably the New England Area - deals with the bulk of tick bites from: Eastern Black-legged Ticks; American Dog Ticks and Lone Star Ticks.

Blacklegged Ticks, also referred to as 'Deer Ticks,' are commonly found along the East Coast of the United States during the spring, summer and fall months. Adult deer ticks can search for a host year-round, even in the winter when temperatures are above freezing. Deer ticks attach themselves to warm-blooded hosts, including domestic animals, wildlife and humans. Some deer ticks do transmit Lyme Disease and other pathogens including babesiosis and Powassan Disease. 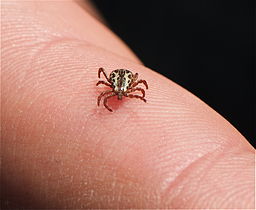 Commonly found east of the Rocky Mountains, and areas on the Pacific Coast, the female American Dog Tick is known to attach to dogs and humans. The highest risk of being bitten by American Dog Ticks occurs during spring and summer. Dog ticks can transmit Tularemia and Rocky Mountain Spotted Fever; but they do not transmit Lyme. 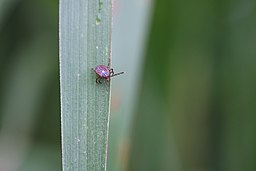 Lone Star Ticks have been discovered in the East and Southeastern regions of the United States. They are very aggressive towards humans and will bite given the chance. The Lone Star Tick is easy to detect, as the females have a white dot (the lone star) on their outer shells. They do transmit diseases including Tularemia, STARI and Ehlichiosis as well as a red meat allergy.

Since May is Lyme Disease Awareness Month, it's important to read about tick information  and keep watch on these types of ticks when in the woods or grassy areas. As you can see, not all ticks carry Lyme Disease; but tick-borne diseases, if transmitted, can last for several years to a lifetime.